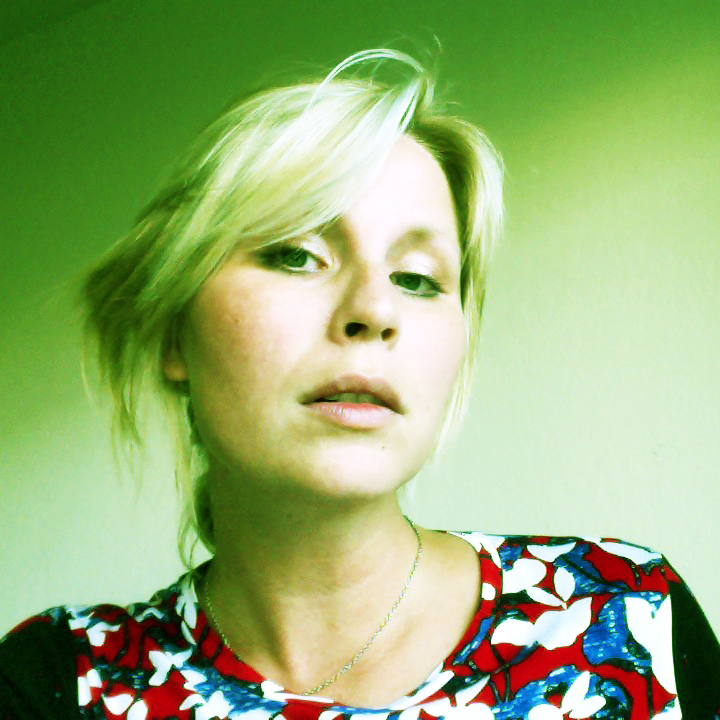 Selja Ojanne is an artist and designer whose concept often determines material, thus leading to a collection of work ranging from textile techniques of felting, weaving, and soft sculpture, to woodworking and ceramics, and a return to acrylic and mixed media paintings. Playing with unconventional treatments and uses, the work encourages contemplation of material tradition and departure from it. A common thread among works is sense of place and emphasis on unique color combinations, tactile impact, and pattern. Allowing retro influences, kitsch, and a youthful playfulness into her aesthetic, the work is always bold and eye-catching. Holding each piece to a high standard, her meticulous craftsmanship results in a polished end product.

Textile bodies of work include Cruelty Free Sheepskins, and Walls, which play on the role of fibers and fiber techniques, bringing to life the personas of other materials in a particular textile manifestation. Cruelty Free Sheepskins take on the silhouette of a traditional sheepskin hide, but are hand felted entirely of wool roving and create warmth through textile means, rather than animal skin, while displaying nostalgic and colorful patterns on their surface. The Walls series utilizes soft sculpture reliefs to depict traditional architectural techniques, creating a theatrical façade via contemporary wall hangings.

Other series include Games You Live With and Bermuda Triangle Project, both of which comment on our detachment from concrete hands-on interactions and transactions. The interactive nature of Games You Live With provides real world engagement with lawn game inspired pieces used by participants to play improvised games on a hand woven rug, which acts as the playing field. Bermuda Triangle Project metaphorically represents the difficulty of making one’s place in the world when trying to seize opportunities and make connections. These paintings create a festive and colorful tableau of repeated shapes drawing attention to the lack thereof in a triangle shaped void, which is recurrent, in precise dimensions, within each painting.

Always fascinated by the idea of living a simple life, utopian ideals often find their way into her work. The heyday of crafts, a primitive life on a deserted tropical isle, plant and animal life, general happiness and comfort of people, and inviting spaces to be in, are all sources of inspiration.

Originally from Finland (born 1981), with an upbringing in Minnesota, and several years in the San Francisco Bay Area, Selja Ojanne now works and resides in Austin, TX. She received her BFA in Studio Art, with Departmental Honors, from the University of Minnesota Duluth in 2004, followed by an MFA in Applied Craft & Design granted jointly through Pacific Northwest College of Art and Oregon College of Art and Craft in 2011.

Please send a message via the contact page if interested in purchase, commission, or other creative projects. Selja would love to hear from you!